Tête de Moine AOP is a cheese with a tradition dating back many centuries and owes its origin in Bellelay. The cheese is cut into very thin rosettes with a “girolle”.

Tête de Moine cheese maturing at the Fromagerie Spielhofer in Saint-Imier. © Switzerland Tourism / Ben Zurbriggen
A unique flavour born of a long tradition
Eating a Tête de Moine AOP is an art in itself. This cheese is not cut into pieces but is shaved; in the past this was done with a knife but nowadays a girolle is used. Legend has it that the monks of Bellelay Abbey shaved off the surface of the cheese with a knife when they wanted to eat the cheese in secret. At that time they noticed that its taste was even better when the cheese was eaten in the form of shavings. This method is now reproduced by the girolle; it heightens the flavour of the cheese and the rosettes melt in the mouth.
A high quality product, the Tête de Moine AOP is made using traditional methods in village cheese dairies. The cheese-makers use superior quality raw milk from cows which have grazed on meadows covered with mountain grasses. The cheese is then matured for at least 75 days on spruce planks during which time it is brushed and turned at regular intervals. 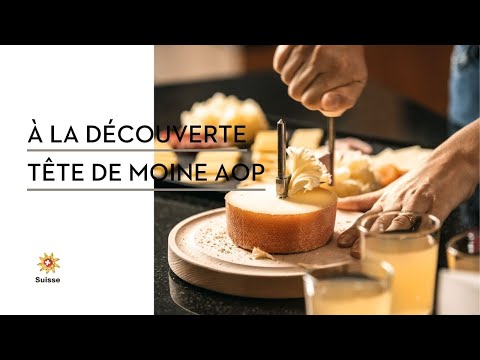 Tête de Moine AOP. The famous cheese from the Jura and Bernese Jura.

The Swiss Cheese Passport allows you to visit 5 Swiss demonstration cheese factories, including the Maison de la Tête de Moine in Bellelay, and to enjoy various discounts. The passport is available at the offices of Bernese Jura Tourism.

Museum | The Cheese Dairy Saignelégier was founded in 1995. With the new building our cheese specialists have...

Museum | From the farm to the cheese dairy

Regional products | The Spielhofer cheese factory is a family business that produces, among other things, the famous Tête de Moine.